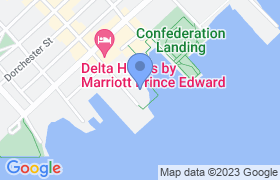 The meetings and conventions sector has long been an important contributor to PEI tourism and the local economy.

The establishment of the current convention space at the Delta Prince Edward in 1981 has resulted in PEI becoming an established and popular venue for meetings and conventions.

There are factors, however, that inhibit the sector’s ability to grow. The most critical factor is that PEI has difficulty attracting larger meetings (more than 300 exhibitors) that want to “meet, eat and exhibit” under one roof.  Large conventions have experienced significant logistical challenges in managing meetings, events, dining and displays in multiple venues. In spite of this factor, PEI continues to be an appealing destination for meeting planners. Building on this equity is essential to the long-term health of this sector of tourism on PEI.

Cornerstone investments in tourism infrastructure have provided a sound footing for today’s tourism industry on PEI. Ranging from the original construction of the Confederation Centre of the Arts to the Delta Prince Edward and from golf course to the Confederation Bridge, infrastructure plays a foundational role in the growth and development of tourism on Prince Edward Island. The construction of the PEI Convention Centre is the next evolution of this sound tradition of tourism infrastructure investment.